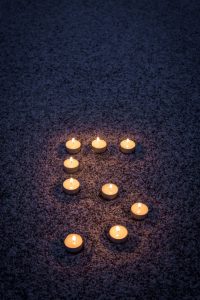 My last “state of the nation” was when Salient Point was Three, so I thought that at 5 years in it would be good to review where we are again.

As I said last time, I started working with high-tech startups immediately after completing the Saltire Fellowship in December 2009, but it wasn’t until I got my second contract about this time in 2010 that I was confident I could make a job (or even a career) out of this. After all, working for companies that almost by definition have no cash is not an obviously winning strategy.   In spite of that obvious flaw in my business plan, things are actually going pretty well…

Some things are the same as they were two years ago.  I continue to work with ATEEDA, where I have played a major role writing business plans and pitches for over £1.75m investment from Archangels and  managed a successful TSB grant application for project worth £500k.

I am also still a Non-Executive Director for Contemplate, where the product is now released and has received an extremely positive response from the market (e.g. and a lot of coverage, e.g. on InfoQ).  Check out Contemplate’s growing customer list to see the results of our efforts!

A company I was excited to be working on 2 years ago was Cytomos.  The technology has huge potential,  and after helping with a SMART application, to win support from the High Growth Startup Unit and make some investor introductions, my relationship with the company has ended as Cytomos has now found the specialist advice it needs in the life sciences sector.  I was delighted to hear that Cytomos completed a £100k seed round with Archangels at the end of 2014.

Two years ago I had just started working as Commercial Champion on £400k Scottish Enterprise funded Proof of Concept project at the University of Strathclyde.  I conducted market assessment, defined the market, segmentation model and market size, identified partners to build the product, and used this to build a business plan and investor pitch. These formed the basis of the team win in the 2014 Converge Challenge, and attracted a provisional offer of funding from an angel investor syndicate.  The project has come to an end and is not yet ready for spinout, so development is continuing at the University of Strathclyde.

Other clients in the last couple of years include LINC Scotland, Launch.ed and Oran Audio.  We have also run workshops for Informatics Ventures at the University of Edinburgh, and Edinburgh Chamber of Commerce.

Outside of the business, I am delighted to have been selected on to the Future Leaders Strategy Group for Entrepreneurial Scotland, and I continue to support the Saltire Foundation (recently helping to organise an event with my friend Matthew Quinn at Future Sales Factory).  In addition to my role as a Non Exec Director, I am now Chair of the Finance Committee for Forth Sector, where we have had a busy time moving into new premises, buying and selling businesses, and planning for the future.

Of course not everything has been positive for Salient Point this year.  I haven’t been good at updating the blog lately, as my free time has largely been spent enjoying my new son Arran (so the reason is positive even if the impact isn’t), but I hope to pick that up again this year.

I also haven’t managed to develop the associate model in spite of further experiments.  The key challenge is finding people with the right skills and availability, and  with the growing entrepreneurial ecosystem in Scotland such people are very much in demand!

We have just re-done the Salient Point Website, bringing it up to date with lots of new content that we’re highlighting on the blog.  I’m also planning to get new content on the blog regularly over the coming months.

We’ve now built up quite a resource of training material around marketing and market research for startups, which is an area we’re planning to develop.  We’ll be looking at how best to deliver that to as wide an audience as we can.

Finally, in the coming months we’re planning to pilot some new ideas – so watch this space!