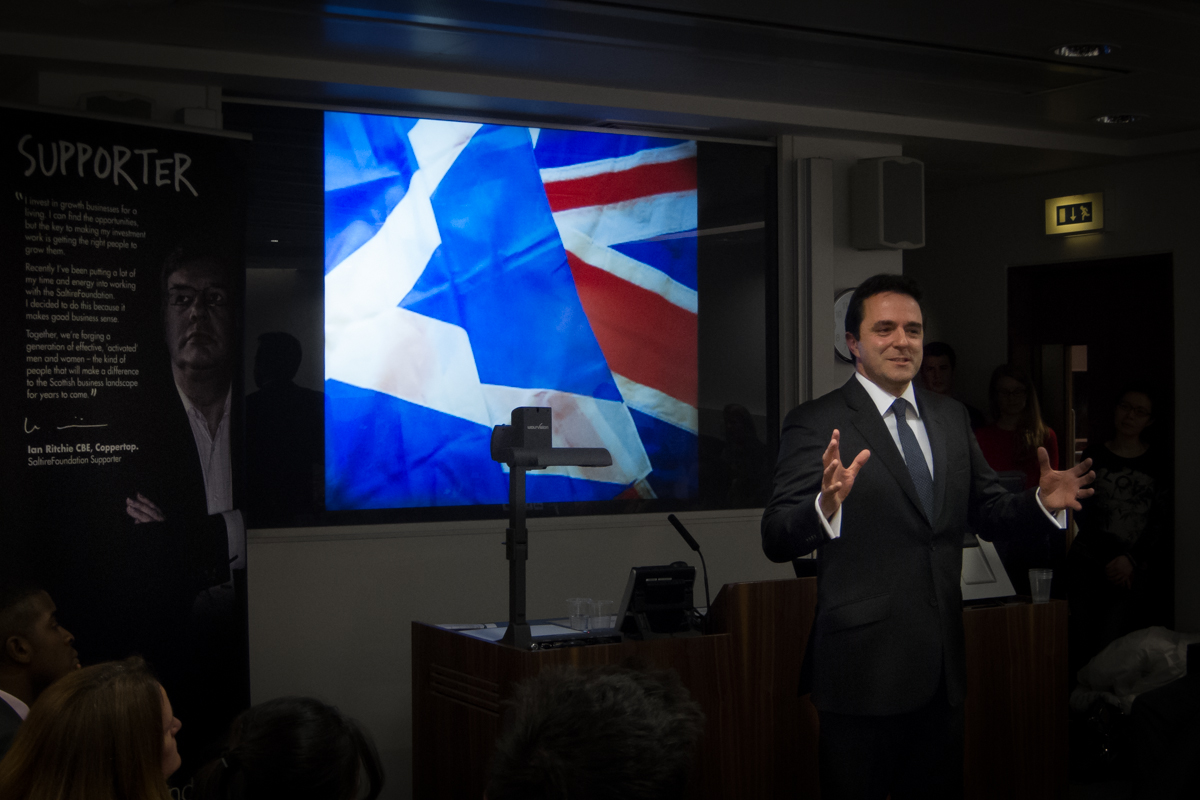 Tonights Saltire Foundation Masterclass speaker was Phil Anderton – a man with an illustrious career in marketing and as a CEO.

A few things that he said really stuck with me, so I thought I’d share them.

Phil started his career at Procter & Gamble, where he was brand manager for Pampers. In search of the sort of in-depth insight into consumer needs and behaviour needed to enable excellent marketing, he spent time in peoples homes understanding (and sometimes watching) how they used and related to the product. Assumptions about customer needs are not enough – research with users is required.

Next he worked for Coca Cola, which outsells Pepsi 3:1 in spite of the fact that in a blind taste test 2/3 of people prefer Pepsi. Why? Pepsi is associated with youth, “the choice of a new generation”, but Coca Cola has a richer set of values. Authenticity. Refreshment for body and mind. Social good times. Marketing is all built on these values, using imagery to reinforce them and connect them to daily experience.

This translates into measurable results:

In something of a change of direction, Phil’s next role was as CEO at Scottish Rugby Union. Recognising that match tickets are a product and applying marketing techniques increased match attendance even through a period of poor team performance. The spectacle of the Edinburgh Millitary Tattoo inspired him to introduce a piper on the roof of Murrayfield Stadium, fireworks and pre-match entertainment to enhance the match-day experience for fans.  This earned him the nickname “Fireworks Phil”.

He continued working in the sports industry, as CEO at Hearts Football Club, then at the ATP Tour (Tennis) and finally Al Jazeera (a Saudi football team).

This gave him some critical insights into the primary motivators for sportsmen and women. In no particular order, and sometimes in combination:

He also admires the “positive, simple communication” used by excellent sporting managers and coaches, and their ability to create clear direction. For example:

A lesson for sport that sounds rather relevant to business…

Thanks to Phil Anderton and the Saltire Foundation for an engaging and educational evening!