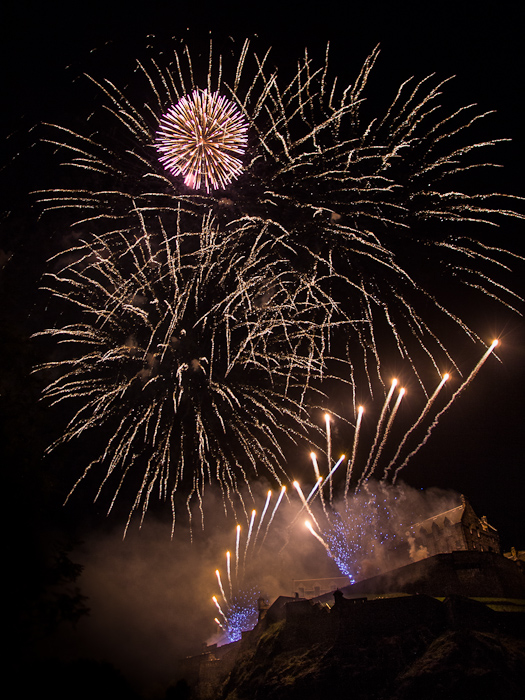 There is a new lean startup community forming in Scotland, following the principles captured in by Eric Ries in his book The Lean Startup.  Typically lean companies develop web applications, hosted in the cloud and usually with strong social components.  They can often start to test a “minimum viable product” with customers after only a few months development, and are bootstrapped by the founders.  I think of companies following this pattern as web-tech – calling them “lean” is confusing  since principles can be applied to business of many types.

The needs of web-tech companies are very different from the startups that dominate the portfolios of Scottish angel groups and the support of Scottish Enterprise.  Currently supported companies are traditionally high-tech, bio-tech or med-tech, and need to spend months or years and hundreds of thousands of pounds to get to a working prototype and even more to get to market.  They have protectable IP (often from Universities) and there is an established pipeline of support through universities, RSE Enterprise Fellowships, SMART, Investor Ready, HGSU and other initiatives.  We have a number of excellent angel groups that dominate the startup investment market and understand this model well.

Right now I am seeing a lot of energy and activity in the lean/web-tech space – perhaps most recently exemplified by the Turing Festival – but I fear that this energy is being blocked by the immaturity of the ecosystem supporting companies of this type.  Are we in danger of putting these beautiful fireworks in a steel box and stifling them?

In many respects, my current business model in supporting startups is typical of this problem.  My work is mostly with high-tech startups and is funded by the schemes mentioned above (SMART, HGSU, Investor Ready) and a change of model would be required for me to get involved in the lean web-tech community.

At the Turing Festival, experienced entrepreneur and Silicon Valley VC Brendan Richardson presented his view of what a lean web-tech community could look like.

“An ecosystem can be built in Scotland to create sixty plus web-tech companies a year and within three to four years you guys can have three companies with billion pound exits.  That idea might sound fantastical, but Boulder [Colorado] has something equally amazing with one hundred thousand people.”.

Scotland, and perhaps Edinburgh in particular, can certainly provide these.  Brendan posits however that the most important factor is Attitude – which he characterises as:

The system that works so well for high-tech startups is geared up to a relatively small number of large investments, and these investments only come after public money (typically SMART) has started to de-risk the process.  The money and time needed to prove the companies is significant so investors tend to favour companies in sectors they know, following established patterns.  These seldom exhibit contrarian thinking, and violent optimism tends to be met with violent cynicism in a clash that is destructive for both parties.  The ecosystem we have to support high-tech (and bio-tech, med-tech) is fundamentally different from that needed for web-tech companies.

To generate the sixty startups, and the resulting billion pound exits, I see one key need that would fundamentally change the landscape, and it is a new type of investor or invesment.  I believe that everything else – the support, mentors, incubators, events and even some of the necessary attitudes – would be motivated by the presence of lean web-tech savvy investment.

What would the ideal investment culture for web-tech look like?  What environment could help to build the next Instagram in Scotland?  I think such investors might look this:

While these are my views on the key attributes, they are largely borrowed from others.  There are already programmes in London that look a bit like this.  SeedCamp invests €50k in return for an 8-10% stake with “take it or leave it” legals.  They combine this with an incubation and mentoring program to enhance the chances of the companies they take on (Carlos Espinal is a partner at SeedCamp and also spoke at the Turing Festival).

At the moment, when I meet web-tech startups I find myself encouraging them to look South, to SeedCamp, SpringBoard and others.  I would love to be able to direct them towards programmes in Scotland, but right now there really aren’t any.  The example of Boulder Colorado cited by Brendan Richardson suggests we are big enough and have many of the right ingredients to have a home-grown lean web-tech ecosystem, so why don’t we?

Since the Turing festival this has been a topic of conversation in a number of mailing lists, LinkedIn groups, meetups, coffee shops and bars, and I think change is coming.  I know one or two individual angels who have already made investments in lean companies who are now having conversations about building a “SeedCamp for Scotland”.  The conversation was conspicuously absent from the Young Company Finance conference last week, but given the audience from the current investment community perhaps this is not surprising.

Some at Turing called for more public sector and Scottish Enterprise support for web-tech companies.  In principle I wholeheartedly agree, but in reality the public sector tends to be slow moving and is likely to follow rather than lead.

I believe that we have a limited window of opportunity to build a lean web-tech ecosystem in Scotland.  The time is ripe with plenty of examples for us to build on, but if we leave it too long others will overtake us and we will become irrelevant.  A generation of Scottish entrepreneurs will leave to London, Austin, Boston, Boulder, Silicon Valley and other destinations where the climate is more favourable, and when they make their billion pound exits they are likely to remain in those communities.  We will lose their energy, knowledge, enthusiasm and ability to invest in the next generation and beyond.

I wish I was a cashed-out entrepreneur and I was able to support this movement financially (maybe one day) but for now have to settle for contributing to this emerging community in other ways.  I will just have to continue to watch developments with interest, and help out web-tech companies where I can.