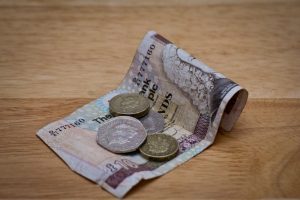 Since then things have moved on somewhat, especially in the Crowd Equity space where funders receive shares in the ownership of a business they are funding.

Why Is Crowd Equity Difficult?

Legislation in the UK means that only PLCs (Public Limited Companies) can promote (offer) their shares for sale directly to the general public.  These companies are heavily regulated by the FSA (Financial Services Authority), and have a substantial administrative overhead to maintain their public status.  This ensures that there is proper governance and published accounts and information meet minimum standards, and is for the protection of consumers.  Some are listed and traded on public exchanges such as the LSE (London Stock Exchange) or AIM (Alternative Investment Market) but PLCs dont have to be “listed” on an exchange.  BrewDog (see brewdog.com) managed to raise substantial sums without listing, mostly from individual beer drinkers who like their product and responded to a campaign called Equity for Punks.

Angel investing relies on some specific exemptions that apply to Certified High Net Worth Individuals (deemed by the FSA to be able to afford to lose money if they want to) and Sophisticated Investors (deemed to know enough to properly understand the risks).  There is no exemption for CrowdFunding.

Becoming a regulated public company is too expensive for many startups, and the crowdfunding movement is an attempt to address this problem.

I mentioned CrowdCube (see CrowdCube.com) in my previous article as an example of a crowd equity platform.  They operate in the UK using a legal loophole.  As I understand it, when you sign up to their website as a potential investor you become a shareholder in CrowdCube (albeit a very small shareholder with non-voting shares with no monetary value).   CrowdCube takes shares in the companies that wish to raise investment too.

This means that when CrowdCube advertises opportunities to investors they are advertising companies in the same group to existing shareholders – which is a legitimate promotion under current regulations.  However, it is clear that the regulations and legislation were not set up with the intention of enabling this sort of activity.

CrowdCube has been up and running for some time, building a reputation and a following.  Businesses have raised anything from a few £10k  up to £1m using the platform, and it is proven.  However, the fact that it is operating using a loophole carries risks:

Of course, the FSA and/or government may decide they wish to encourage this sort of activity, and could guarantee to keep the loophole open or introduce new legislation or regulations to clarify the position.

SEEDRS (see seedrs.com) has taken a different approach by itself becoming a regulated body, authorised by the FSA (Financial Services Authority) in the UK to advise consumers on non-regulated investments (see http://seedrs.com/about_us/news).  This is an expensive path to follow but SEEDRS has raised investment to support it through the process and appears to be nearly there.  A key advantage of this approach is that it is relying on a completely transparent mechanism rather than a loophole, endorsed by the granting of FSA approval.

There are also costs to this approach.  For example, SEEDRS has a less attractive front page as it can’t display information on companies until members are signed in.

Since my last blog on this subject, the US has passed new legislation designed to promote CrowdFunding called the JOBS Act.  This raises the limit on the number of shareholders a company can have before it needs to be regulated by their regulators the SEC (Securities and Exchange Commision) and allows for raising up to $50 million without being regulated.  A good summary of the JOBS Act is available on Mashable.

It remains to be seen whether the UK will follow with new legislation or regulations specifically targetted at enabling Crowd Funding, or wether the status quo is seen as sufficient.

I am still sitting on the fence when it comes to CrowdFunding.  On the one hand, I welcome a new source of capital especially for smaller businesses.  On the other, I worry that large numbers of small shareholders will make further funding rounds for successful small companies too hard.  I also fear that many entrepreneurs and investors on CrowdFunding platforms will be a little naive about the costs and risks involved.

I don’t think CrowdFunding is going to make a big impact on the high-tech companies I work with any time soon, but for a raft of web, apps, games and product based startups, it seems like an exciting new opportunity.

One thing is certain:  it will be exciting to watch the continued development of this trend (or is it a market now?) in the coming months.