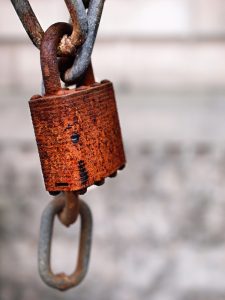 For many of the technology start-ups I have worked in, corporate giants appear to be the natural first targets as customers, but is this really the right strategy?  Is the effort involved in unlocking these sales worthwhile?

This idea of selling to giants first is based on a number of assumptions:

These seem like reasonable assumptions, but hard experience of working in small companies has also taught me there are lots of difficulties associated with selling to corporate giants:

Sometimes, usually as my forehead bounces off my desk at yet another set-back in a sales process, I wonder if selling to giants is really the right approach?  Are the assumptions that make selling to giants seem attractive flawed?

I have done relatively few deals where I have been involved in selling to smaller companies, so I can’t really judge the relative effort involved.  I think those deals were faster and smoother, but then the grass is always greener on the other side of the fence.

Lean startups based on the principle of producing the smallest viable product possible and trying it out with customers quickly are gaining popularity, especially for internet based software.  For companies going down this path the number of users may matter more than what companies they come from – selling to giants is probably not a relevant idea.   Most of the technology companies I work with don’t really suit this approach however.  For hardware and semiconductor technologies, the cost of producing the first working prototype may be substantial, and selling a very small number to “experiment” with the market is not viable.

The argument that ultimately convinces me that selling to giants is the right strategy for many startups is that a successful sale of significant value to a market leader is transformative in a way that smaller sales, even several smaller sales, don’t achieve.  The combination of cash from the deal, and the investment unlocked by such a deal, and the credibility conferred by such a deal are a huge prize that is worth all the hard slog and setbacks.

I believe the effort of selling to giants is worthwhile for certain companies – as long as the difficulties are not underestimated.

Do you agree?  I’d love to hear other people’s views on – please do share your thoughts and experiences in the comments section below!