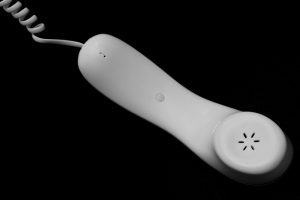 Good communication is vital for getting deals done – whether it is closing a sale, investment or even the sale of the company.  E-mail is an absolutely fantastic means of communication, but on a day-to-day basis I am watching the over-use of e-mail either stall or kill deals.

I believe the solution is simple: E-mail should almost never be the only open channel of communication – phone calls and meetings are vital.

It sounds simple but I have great difficulty convincing people this is the case, so in this blog I will set out my Top 6 Reasons E-Mail Kills Deals.

(P.S. “phone calls” and “meetings” should be taken to include new technologies with broadly equivalent functionality such as VOIP, skype, videoconferencing, tele-presence, Google hangouts etc)

If I receive a list of questions or comments by e-mail, my response time will be dictated by the hardest to answer point.  It feels unnatural to me to respond to an e-mail with six questions with only five answered.  This can seriously delay communication on the five “easy” topics while I deal with the “sixth” hard one.

I can ease this problem by trying to separate the “hard” questions into a different e-mail conversation from the “easy” ones, but that can quickly become unmanageable.

I have observed this a lot in other people too, usually finding out when I place a phone call as a follow up…

On the phone or face-to-face there is unlikely to be a formal record of the conversation, with  e-mail every word is recorded in searchable, archivable, form.  People are often more relaxed communicating when there isn’t a record.

Let’s imagine I’ve sent an e-mail offering to sell Bob a widget for £100.  The maximum Bob is prepared to pay is less than that, but he likes me and he wants to buy a widget from me.

How is he going to respond?  “Sorry, that’s too much” feels rude, but any counter-offer he makes in written form (like an e-mail) could potentially be scrutinised by his boss later.  If he honestly reveals his maximum price is £80, then he could be accused of not negotiating hard enough, and he certainly doesn’t want to reveal anything about confidential competitor pricing information by e-mail.

Which brings me on to the next point…

Communication is about more than just words.  On the phone we can convey additional information with tone and cadence, and face to face there is also facial expression and body language.

If I offer to sell Bob a widget for £100 in a meeting, he might just say “that’s too much”, but I can probably tell from some of this additional information whether that is a “Who do you think you are talking to that’s WAY too much” or “I need a few percent off just so it looks like I got a good deal to my boss”.  I can then make a more appropriate counter-offer and we can quickly and efficiently get to an answer.

Without the extra information, an e-mail conversation can easily become extremely inefficient with a large stream of e-mails flying backwards and forwards.  I don’t want to get into that sort of exchange and nor do others, so I will avoid answering an e-mail that could head that way.

The “Attention” and “Despair” Problems

When I look at e-mails, I start with the newest in my inbox, or more rarely the most exciting.  E-mails either get answered immediately, or if that isn’t easy (often for some of the reasons listed above) they get marked as read and left.  I come back to them when I have some free time (often a week or more later) and feel guilty that a response is overdue.  A lot of people I work with seem to deal with e-mail in roughly the same way.

If I’m waiting what seems like a long time to me for a response to an e-mail, it is entirely possible that it has simply slipped out of the Attention of the recipient – drifted down their inbox.  Often I will send a reminder or follow-up, but that is likely to meet the same fate.  It is very easy at this point to sink into Despair, to assume that whatever deal I thought I might be able to do is slipping from my grasp.  I feel like if I pick up the phone, I will be told, “Ian, I didn’t answer because I don’t want to talk to you.  Get lost”.  I don’t want to have that conversation.

If I look back rationally though, every time I have been in this situation (and there are many) and I have picked up the phone, the response has been entirely positive.  “Ian, so sorry I haven’t got back to you.”  “I’m glad you called, I have a question about…”.  My Despair is completely irrational, because the problem is simply one of Attention.

I have two e-mails in my inbox.

The first e-mail says “Ian do you think we should talk about the project?”.  I don’t have anything I particularly want to talk about on the project, and I’m pretty busy (I always am).  This e-mail is probably not going to get answered quickly because I don’t really know what I think, or what is required of me.

The second says “Ian, can you meet me at 10am on Friday to set the timetable for the project”.  I recognise that we need to set the timetable, so I look in my calendar, and I answer “Yes” immediately.  If I had been busy at 10am, I would have suggest 9am or 11am instead.

The second e-mail made it very clear what sort of response was required so it was far easier for me to answer.

I used to have a colleague who regularly sent me long e-mails at 4am when he has been unable to sleep.  I typically received these e-mails and read them on my phone on the bus in the morning, where I was not able to type a long response, so they got “parked” for later, and I could easily forget about them for some time.  He took my lack of response as a snub, and I was frustrated because I’d rather have chatted about his ideas in front of a white board than read a long and convoluted e-mail.

So I must confess that this colleague didn’t necessarily get the best out of me in response to these e-mails, because our timing and preferred form of communications differ.

Eventually we both realised this.  My colleague started e-mailing notes to himself and grabbing me for a chat when we got into the office much of the time, and only e-mailing me in the middle  of the night when he was really excited by an idea.  I recognised that if he sent me an idea in the middle of the night he was probably excited about it, and it merited my attention when it came in.

When working with new people I find it can take a while to get used to their working style – and until I do I use e-mail cautiously and make sure there are plenty of opportunities for us to meet or speak on the phone to understand how each other works.

With all of these problems, I believe the solution is the same: E-mail should almost never be the only open channel of communication – phone calls and meetings are vital.