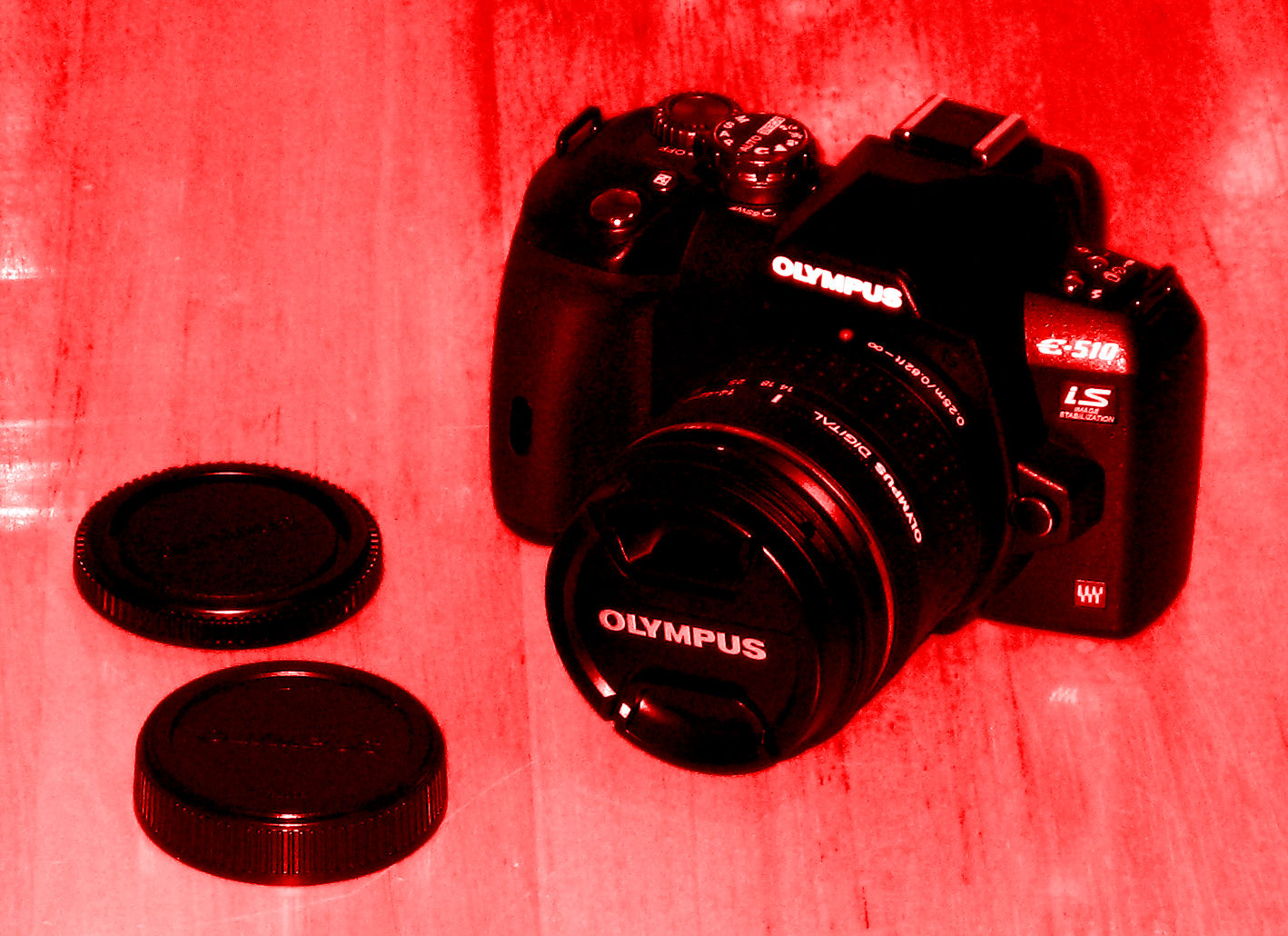 I’ve recently been thinking about getting a new camera, but the large number of choices with unclear differentiation between the options has taken all the joy out of the idea.  More importantly, it has caused me to delay buying.  Is that what the manufacturer had in mind when creating their product line?

I have an Olympus SLR camera (the sort with interchangeable lenses) that I’m generally quite happy with.  However, Olympus have announced that they are stopping selling that type
of camera, so I won’t be able to upgrade very easily in the future.  That’s a shame, because I’d been starting to think a wee upgrade might be in order.

I’ve been thinking of selling my Olympus kit while it still has a good second-hand value and switching to a different manufacturers system.  I switched from Olympus to Canon for underwater photography a while back so the obvious thing for me to do was to look at the Canon range of Digital SLRs.

That proves to have been an excellent way to confuse myself.

Even if you have no interest in photography, I’m sure some aspects of this experience will feel familiar.

Both times when I bought an Olympus SLR (the original, then an upgrade) I had three choices from their model range:

The entire model range was generally updated at the same time, so each camera had a superset of the performance and features of the one below it in the range.  Reviews were pretty consistent about why you would buy any particular model.

Buying was easy for me – I liked the basic model but the extra money for image stabilisation seemed worthwhile.  The professional model was out of my budget.

Once I had the camera, I had no fear that for just £100 more I could have had something much better, or that for £100 less I’d have been just as happy.  That is a key reason that I bought Olympus and not Nikon or Canon…

Looking at the current Canon DSLR line up, there are two basic types, each with a number of models

So that’s a range of 8 cameras – not a huge selection.  However, the Canon website lists at least another 10 – I’m assuming these are obsolete models but it isn’t made clear. They all appear to have been updated at different times and there is a jumble of features there, especially around shooting rate, ISO sensitivity, autofocus points and video modes.  Newer sensors will have better performance, but as the model range keeps re-arranging itself it’s really hard to see whether most adjacent pairs of cameras will be better for any particular application.

I have found a couple of charts on internet review sites that try to make some sense of the features and performance of the different models, but none of them cover the current model range – which seems to change several times a year.

Everyone seems to agree that the 7D is what most amateur photographers should aspire to, but at nearly £2,000 with a single lens, it is high end for my budget.  The 600D apparently has the same features as the 7D for a lot less money, while the 60D has the same sensor (so the same performance?) but with different features.  The 60D and 600D are newer than the 550D but some reviewers prefer the quality of the 550D sensor over the newer models.  The reviewers all seem to contradict each other depending on the type of photography they do.  Then a lot of the reviews end with “Of course, with the new version of the XXX coming in a couple of weeks, it remains to be seen if that will be a better buy”.

Oh, and just to really simplify things each model seems to have at least two names for different markets – e.g. the “EOS 550D” is also the “Rebel T3i”.

The only rational basis for choice appears to be “how much do you want to spend”, as Canon will certainly have a camera at that price (even if it isn’t quite as good as the one £100 cheaper in some respects!).  I want to set my budget based on performance and features, not the other way round,  so I want to identify a camera that is right for me and set my sights on that, even if I have to save up for a while.  The model range just doesn’t let me do that.

I fear that whichever camera I eventually buy, I could probably have got what I needed in a cheaper model, or overcome any limitations I experience by spending £100 more.  How am I ever going to be satisfied with my purchase?

Make it easy for your customers to buy

Offering more than one model or version of a product is clearly a great way to cover as much of the market as possible, but if the choices are allowed to become confusing, they can also become an obstacle that makes it difficult for customers to buy.  To make it easier for customers…

These are all ways of helping the user to make a buying choice they feel happy with – which is essential to converting interest to paid up sales.

I may eventually get round to buying a Canon, but I’m unlikely to be as happy and confident in my choice as I was with Olympus.  For now, I think I’ll just keep taking pictures with a camera I understand…