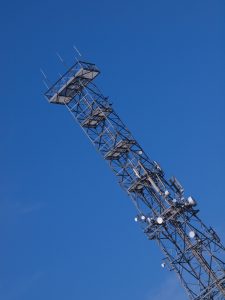 Popular TV shows such as The Apprentice and Dragons Den attempt to bring the world of business to life on the small screen, but does the need to entertain hopelessly distort the reality of doing business?   I watch quite a lot of “business  entertainment TV” and I think that there are some great messages behind all the shouting and posturing…

The Apprentice is probably the best known format in the UK and USA, though it fails to deliver on its claim of “the best future prospects in British business”.  However, there are still some great messages here.  One of my favourite is the sense check – so often the teams do things that simply aren’t sensible.  It doesn’t take an expert in the catering industry to notice that you don’t need a whole chicken for each chicken pizza, or a milliner to recognise that “Top Hat Dry Cleaners” probably doesn’t sell top hats.  It’s great to see people caught up in the enthusiasm of the moment, but it’s a great lesson in the value of taking a deep breath and applying some common sense.  I also like that the program tends to favour those that take a risk and fail over those who sit back and watch.

Dragons Den seems to become more of a pantomime with each new series, with the Dragons making increasingly ridiculous remarks and a commentary apparently aimed at the hard of thinking.  It does maintain a good focus on the fundamentals however.  How many people are going to buy a product, what will they pay, and what profit will result.  It also demonstrates that however passionate you are about a product or service, the presenting team must understand the financials and be able to engage in a discussion about the numbers and the assumptions behind them.  The numbers are never allowed to be “someone else’s problem”.

Ramsay’s Kitchen Nightmares USA might at first glance seem to more to do with cooking than business, but I see it as something of a master-class on customer focus.  Time and time again Gordon Ramsay forces the proprietors of failing restaurants to listen to what their customers have been telling them for a long time.  If ever there was an advert for market research and the use of feedback forms, this is it.  This program also regularly highlights the importance
of the people running a business, and of confidence, passion and commitment from the proprietors.  Rebuilding the confidence and sense of purpose of the proprietors can transform the attitudes and actions of the rest of the team, and rebuild a failing business.

Undercover Boss is less well known, but in each episode a senior executive goes back to the shop floor of their business “undercover” to find out why it is (at least in some respect) failing.  One common theme I see emerging is that rapid growth of the businesses has resulted in a huge number of new staff, and managers to manage them.  In many cases the executives start off thinking that they have a problem with the quality of their staff, but the real problems often lie with lack of shared purpose and middle management failing to give the staff the tools and environment they need to succeed.  Some of the changes needed to redress these problems cost very little, but can have a profound impact on the success of the company.

I grudgingly confess that I shout at the television in frustration at some of the nonsense portrayed on these shows.  However, when I look past the silliness there are some really important messages about fundamental business issues.  So I think I’ll keep watching, even if I do sometimes frighten the cat by shouting at the TV!