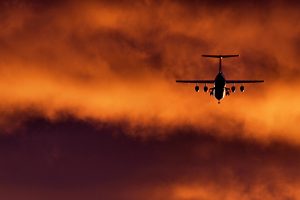 “The cabin crew will point out your nearest exit now…”

The cue for the frequently pillioried waving of arms.  Finding the right exit should be easy if you’re on an aeroplane but for most startups is isn’t that simple.

At EIE last week Stuart McKnight of Ascendant (a London based Corporate Finance house) reminded us that it the last five years, only nine UK companies had been sold to the global top ten technology companies.  Even though the five year period includes the economic crash, that is a very small proportion of UK companies sold.  So if a startup is citing the usual suspects (Google, Microsoft, Apple, Oracle etc) as a likely buyer, they either have something truly exceptional, or just haven’t done their homework!

So how DO startups identify likely purchasers, if the big names are such a long shot?

Stuart McKnight also told us that the vast majority of UK companies are sold to other UK companies, and that most of these deals are for less than £30m  He said that it is only for the really big deals that overseas buyers become much more common.

So where is a UK technology startup going to find an exit?  Here are some examples I can think of from the last few months…

This suggests that at least in the technology arena, small companies can reasonably expect to look for international buyers, and can look to some of the top players in particular parts of the industry.  In each case a key point is that the purchase was from a strategic buyer rather than a financial one.

I don’t suppose we’ll stop seeing pitches saying “We will exit to Microsoft, Google or Apple…” any time soon, but I hope the blunt statistic that only nine UK companies have sold to the giants of the technology industry in the last five years will encourage startups to think a bit harder about who strategic buyers for them might really be…