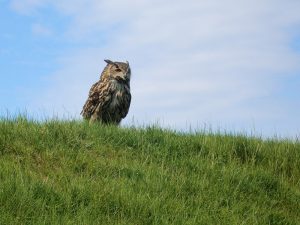 Just because projections are always wrong doesn’t mean they aren’t useful when used wisely (hence the tenuously linked picture of an owl, a symbol of wisdom).

It’s all too easy to be seduced by projections however, and place too much belief in them. In a recent pub meeting, I was talking with someone about going to a trade show later in the year. “I don’t need to” he said, “according to my spreadsheet (frantic scrolling on laptop) we have enough sales that month anyway so we have no capacity – it’s a shame it’s not the previous month when we’ll be a bit short”. This is from a company that hasn’t yet sold a single thing, talking about events 11 months in the future.

Remember where projections come from. In the early days of a company projections are very often produced for a specific purpose, such as writing a business plan or applying for funding. These are usually more influenced by the need to meet a certain target growth rate or increase in company value than by the realities of the market and aspirations of the founding team. These projections can still be very useful, but it is important to remember for what purpose they were created and not to start using them for other things where they are not applicable.

Projections get out of date really fast. One early stage company I work with was recently asked to provide seven year financial projections as part of negotiating a deal with a public sector body. By the time the projections had been submitted, aspects of them were already out of date as our customer engagements had made progress. We’re now six months into the seven year projections and I believe that they have become almost meaningless as a result of all we have learned and the progress we have made. There’s still a temptation to go back to these painstakingly created and highly detailed spreadsheets however.

Projections are a really powerful tool when used wisely, but used out of context they can become a dangerous form of self delusion.