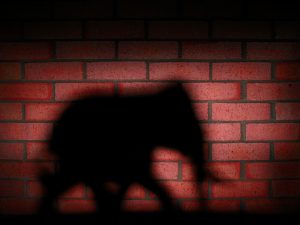 The success of  a product depends on finding customers, which is in turn depends on market understanding.  The market will inform how to describe, advertise, and sell the product, and will also define the competiton.  Since understanding the right market is vital, investors want to see that you really understand the market, and talking about competitors is a great way to explain what market you are targeting and why you can succeed in it.

(Please note I have used a number of examples in this blog, all of which are simplifications of complex products, markets and situations.  I hope they are useful in illuminating the points I am trying to make, and that my simplifications haven’t taken too many liberties… )

Competitors are defined by the market a product or service is in.

To some extent vendors can choose which market their product or service is seen as being a part of, and how to position themselves within it.

Here are a some examples of markets Toyota could have placed the Prius in at launch.

Don’t pick fights you don’t have to…

If Toyota positioned the Prius as a form of transport, the market includes walking, flying and trains.  This broad market definition would include as competitors Nike, Boeing, Airbus, Caltrain and Amtrak.  These are big companies with huge resources – they shouldn’t really be on the competitor list for the Prius.

Even positioning the Prius as a car would include a huge range of companies like Ferarri, Lamborghini, GMC and Hummer with whom favourable comparisons would be unlikely.  Toyota sensibly avoided this too.

Where there is a market, there are competitors…

It would have been easy to avoid having any competitors by positioning the Prius as a hybrid car, but that market simply did not exist at the time.  Annual sales of hybrids were $0.  Or £0.  Or €0.  Currency makes no difference when there is no market.

It is hard to sell into markets that don’t exist.  Markets can be created, but it takes time and money, as customers have to be educated to do this.  When the Prius launched, no-one knew they wanted a hybrid car.

Target competitors you can beat…

Toyota positioned the Prius as a green car – a choice for environmentally conscious automobile users.  This was a market that already existed, but was occupied mostly by small, unattractive cars which were not distinctive.  By choosing this market, Toyota could offer better green credentials, more space, a more stylish design, and cooler high-tech features than any of their competitors.  They picked a market definition where they were happy to acknowledge their competitors, because for a huge chunk of that market their product was a clear winner.

In reality, they made very few sales to people who were already green car buyers.  The early buyers of the Prius were celebrities (adding to stables of otherwise big, glitzy cars) and relatively wealthy families replacing midsize or large cars.  These were people who wanted to buy a green car, but were not served by the market incumbents.  Toyota didn’t create a new market, but they did expand the market for green cars dramatically.

Make sure you don’t miss the obvious…

Investors and customers will always try to figure out a way to work out if pricing is right.  I recently heard an example of someone who had a product that recorded meetings into the cloud using a smartphone.  He claimed to have no competitors in the “recording and sharing meeting audio with smartphones” market, because there weren’t any other smartphone apps that could record meetings into the cloud.  Since there were no competitors, he felt charging £30/month subscription was reasonable.  One of the angel investors he was pitching to pointed out that a simple voice recorder cost less than £50 from Amazon and DropBox offered quite a lot of free storage – so if anyone wanted the service he described they could get it for £50 one off fee.   The entrepreneur kept arguing that the recorder/dropbox combo wasn’t a competitor because it wasn’t on a smartphone and wasn’t a dedicated service.  In doing so, he looked ridiculous.

His presentation would have undoubtedly been much stronger if he had acknowledged this competitor and explained why he felt the benefits of his solution were worth the price, rather than simply denying the existence of the elephant in the corner of the room.

Customers don’t buy just because there are no competitors…

Even if a product or service is so groundbreaking there are no alternative means of accomplishing the same effect, customers don’t have to buy if it doesn’t solve a pressing need for them.  The Iridium satellite phone system is a great example of this.  They had the only compact mobile phone that would work anywhere on the surface of the planet, thanks to the satellite network that supported it.  They sold phones to a few international travellers, expeditions, and aid agencies working in remote locations.  The problem is the majority of people simply didn’t need a phone that would work anywhere on the planet, so didn’t buy one.

This is the “do nothing” option.  “Do Nothing” is always a competitor, and if it is the only competitor then there is no existing market.  Iridium failed to create the market, and thus collapsed.

Whenever I start feeling uncomfortable about writing a competitor section, I try to remind myself that talking about competitors is one of the best ways to demonstrate that you understand your market and why your product or service will succeed within it.  Who would want to miss an opportunity like that?