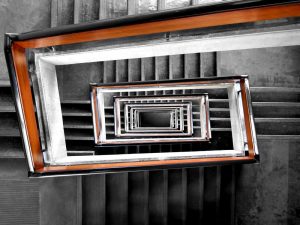 For startup companies where the team is small, the influence of each new hire on the average can be huge.  It’s not just that you have a team member that isn’t performing – it can created a downward spiral of falling morale.

One of the worst mistakes I have ever made was hiring the wrong person for a job. What makes it even worse is that I knew inside he wasn’t the right guy for the job from the start.

At the time, I justified the decision using a series of arguments, for which I now repent.  I have heard these arguments used by others many times since then, so I will list them here in the hope that they might help others avoid making this mistake.

1 ) We don’t have any other candidates

You can ALWAYS get more candidates. Try a better advert, use different media to advertise, switch recruitment agencies, use your network to help. There are always options.

I don’t know that the iPhone I was offered in the pub for £50 is stolen either, but the absence of evidence of theft is not in itself a good reason to buy.

If I didn’t positively believe he was good enough, I should have looked for more evidence, or walked away.

It is a lot harder to get rid of a bad hire than I thought. I took him on in the spirit of optomism, so it took months for me to admit to myself that it really wasn’t working out. Then I didn’t do anything for a few more months because I felt bad for him – it was my mistake after all. Then there was process to follow and a new recruitment campaign to start from cold.

My bad hire took a year to put right.

I don’t owe anyone anything more than a fair hearing. If they don’t meet the criteria in interview, that should be enough for me to walk away.

I want a can of Sprite and think the right price is about 80p  I recognise that the right price for a can of Coca-cola is also about 80p, but I don’t drink the stuff. I want a Sprite. Just because the price is the same doesn’t mean I should accept the Coca-cola as a substitute for what I want.

7 ) Anyone is better than no-one

Having no-one in post is better than having the wrong person.

8 ) This is a tough market to hire in

I have never known any other sort.

If the economy is good, then good people are snapped up by other employers.  If the economy is bad, you will be swamped with CVs/resumes (please delete as appropriate for your location) from the people who were the first out the door (not necessarily a good sign) while the best people still tend to have jobs.  I don’t remember any time in the last 15 years that hiring managers found it easy to get good people – although there have been plenty when people have found it hard to get good jobs.  It probably won’t be easier to hire the right person tomorrow.

Every hire affects the average of the employees in your company.

I now believe that this is the single most important principle.  Of course, how I define “good” will depend on the role and the skills required, and will be relative to the seniority of the position.  Common sense is needed.  There may even be times when I have to hire someone poor because I simply have to deliver a project and I need “bums-on-seats” – but I am going to make very sure there is no alternative first, and use a short term contract if I possibly can.

I hope I never again delude myself with the above arguments.