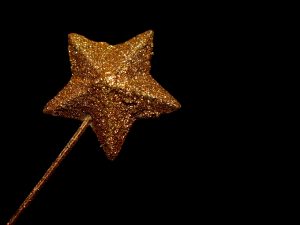 I came to a realisation earlier this week.  Most investors I have met believe in magic, but not in mythical creatures.  Let me explain this rather startling claim!

Arthur C Clarke’s third law of prediction is “Any sufficiently advanced technology is indistinguishable from magic”.  I have a corollary to that which is “If you want investment, your technology must be demonstrated not to depend on magic” -which I used to consider to be really important.  What I hadn’t realised was that that most technology looks like magic to the average person already!  Who really know’s how their smartphone works, or can explain the intricacies of the electronics in their car?

I have long recognised that investors put money into technology companies in the hope of making more money in return.   I even knew that you have to explain where that money is going to come from, but it is only in the last few years I have really understood just how much faith they are prepared to have in technology, and how little they have in claims about customers.

Most investors hearing pitches from new technology companies will assume that the technology will work – they believe in magic.

There are a number of reasons why I believe this is true:

Most investors hearing pitches from new technology companies do not believe in customers – they consider them to be mythical creatures.

Once again, there are rational reasons behind this apparently bizarre statement:

My conclusion from these two statements is that my principle job when pitching is to show that customers are not mythical creatures, and that I should talk about technology only to demonstrate I have some magic that the customer needs.  That is the exact opposite of a belief I held passionately ten years ago.

I wonder what revalations the next ten years will bring?